Senegal : challenges for the intelligent and connected city of tomorrow 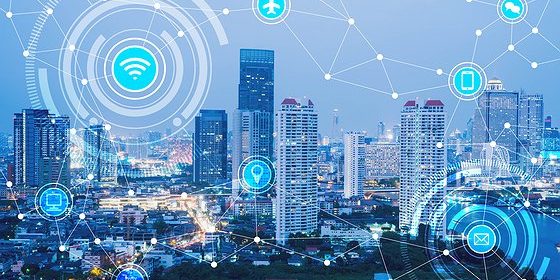 In a context of an uncontrolled urbanization in our cities, the planning and improvement of urban life become an increasing concern for governments. The promotion of “smart cities” seems to be a priority in addressing these challenges.

Smart city, digital city, green city, connected city, eco-city, sustainable city… Here is a list of expressions used today to describe so-called “SMART” cities. Although there is not yet a global conventional definition, this new form of urban planning and management has become the trend in the world, particularly in Africa. Smart cities are generally defined as cities that can optimize technological solutions to increase their efficiency. The idea is equally to promote sustainable economic development. In this fact, information and communication technologies are expected to play a decisive role. The city project was, above all, touched on again during the third Transform Africa summit, held in May 2017 in Kigali. As the headquarters of the Smart Africa initiative, Rwanda has played an unavoidable role symbol of example for other African countries by spearheading the Smart Cities agenda.

Countries such as Morocco, Egypt and Tunisia are in the process of being a crucible for experimentation of smart cities. In Senegal, the authorities have expressed their ambition to also realize smart cities with the impressing project Diamniadio Lake City, which is the sign of modernity. Author of the book “Real Estate in Senegal: the Essence of Condominium”, Alioune Seck believes that Diamniadio Lake City, one of the most revolutionary projects in West Africa, is the image of the new Senegalese city.

According to the writer, the integration of digital technology in the city is a key lever for long-term economic development. According to this expert, the Smart City of Diamniadio will go with a solar center with a capacity of up to 15 MW to provide the necessary energy to the various sites. Improving air circulation, optimizing comfort while saving energy, a practice adopted by the new smart city, Diamniadio Lake City.

Elsewhere, funding is being awarded to some African countries to develop smart cities. One example is the €3 million financial assistance disbursed by the Agence française de développement (Afd) in May 2019. Indeed, it is a project that aims to finance the creation of a network of practices on the smart city of twelve African cities, coordinated by the National Agency for Urban Renewal (ANRU), based on the model set up by Urbact in Europe. The cities selected following a call for applications are Nouakchott, Sémé-Podji, Bamako, Niamey, Kumasi, Lagos, Kampala, Kigali, Maputo, Alger, Benguérir and Bizerte. The activities will be carried out in four phases: preparation and launch of the network, preparation of a “smart city” inventory for each city, co-construction of integrated action plans, and finally an experimentation phase in each city (prototype).

E-SIGNATURE : The emergence of Senegal
18 September 2019