Distance learning in higher education, between Breakthroughs and resistance 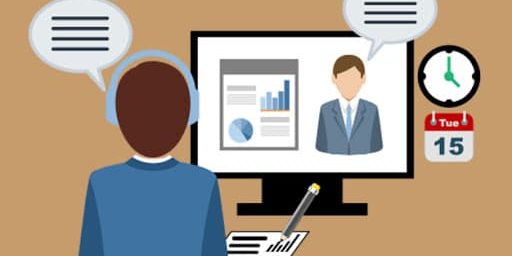 Until now considered the exception in both public and private universities, distance learning has been and has become a dominant feature of the Senegalese education system during the pandemic. There are many institutes that are today oriented towards this innovation despite some resistances.

As a result of the restrictive measures imposed by the State authorities concerning the prohibition of gatherings in public places, universities and other institutes have set their sights on distance education to continue the programs. Until now, few institutions have favoured this approach, which has become almost unavoidable. It should be noted that Senegal did not wait for the appearance of Covid-19 to institute online courses in its teachings. We recall the proposals made, in 2013, after the work of the steering committee of the national consultation on the future of higher education, led by Professor Souleymane Bachir Diagne. Among the 78 recommendations that were made, was the promotion of digital in higher education.

Indeed, Senegal had to move towards Stem (Science, Technology, Engineering and Mathematics), investment on Ict and their use. But the emergence of the health crisis seems to accelerate initiatives. As such, the Senegalese Virtual University (UVS) and Open Digital Spaces (ENO) have been set up in each of Senegal’s regions and in public universities. This has helped to relieve congestion in the amphitheatres even if the number of students in the universities remains high compared to the capacity of reception. Added to this is the creation of a multitude of online platforms through the Higher Education and Research Information and Management System (SIGESR).

It was in this way that the State created, in February 2013, the platform for the orientation of new graduates, « orientation.campusen.sn ». Applications for study grants abroad are now made through « boursesetrangere.campusen.sn ». Today, some public universities in addition to the UVS provide distance education through the Open Distance Education Institutes (FOAD). However, there is still a lot of work to be done to strengthen distance learning among all actors in the system.

It is about overcoming some reservations that are still visible. As proof, following the closure of universities during a health crisis, the State committed itself last April to continue the courses in universities. A proposal that did not agree with the student population. The collective of students’ friendships in the different faculties of the University Cheikh Anta Diop of Dakar (Ucad) had disapproved the proposal of the Minister of Higher Education on the institution of online courses. Hence the urgency of conducting awareness-raising and outreach activities with all stakeholders to explain the benefits of distance learning, which has become unavoidable in a context where gatherings are becoming more and more common restricted.