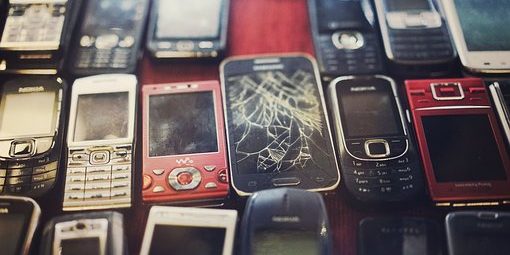 Like many countries on the continent, Senegal is facing the nagging question of Waste Electrical and Electronic Equipment (WEEE). The situation has especially worsened in recent years with the explosion of what is called the convoy of containers coming from outside, the USA, Europe, Asia

In Senegal, in addition to medical waste that continues to invade hospitals, Waste Electrical and Electronic Equipment (WEEE) is another equation. This phenomenon has increased with the arrival of second-hand containers, commonly called “venant”. This batch of items includes electronics and household appliances such as computers, sensors and televisions, refrigerators, fans, split, etc. The use of this equipment, most of which are obsolete, is not without consequences for the environment and the health of the population.

Aware of the dangers and threats posed by WEEE, the State of Senegal, through the Informatique Agency, has embarked on a dynamic to combat this electronic waste.  For this purpose, a pilot unit has been set up within ADIE for the dismantling of WEEE and the reconditioning of computers which gives satisfactory results. This project involves the development and adoption of a legislative and regulatory framework for electrical, electronic, and electromagnetic waste (WEEE), the continuation of waste collection and dismantling activities, to recover electronic waste after the dismantling of used machinery by the residents of the Centre of Disabled at Work (CHAT).

The following activities were carried out, according to ADIE. These include the availability of a draft decree on the management of WEEE, the collection of WEEE from the Administration and the private sector, the dismantling of WEEE and the development of project documents for the Regional WEEE Management Centre (project file, terms of reference for the feasibility study).

In a recent study carried out by a group of experts from ADIE, the UCAD Institute of Environmental Sciences and the UCAD Faculty of Science and Technology, it was demonstrated that the management of WEEE in Senegal concerns many actors in particular, importers, distributors, users, repairers, recyclers, and waste pickers. According to them, it mainly involves young people and men. The disarticulated interrelations between the actors show the non-existence of an organised WEEE management network in Senegal. Despite the efforts of the State which has set up a dismantling centre, the storage of such dangerous waste is carried out in households, maintenance and repair services as well as warehouses of structures using Information and Communication Technologies (ICT). Informal recycling practices underpin a true circular economy that develops around the management of this dangerous waste, the negative consequences of which are exacerbated.